2nd October is a very significant day for every citizen of India. It is this day in the year 1869, father of the nation Mahatma Gandhi fondly known as Bapuji was born. This day is celebrated as Gandhi Jayanti. Today, Lourdes Central School Celebrated Gandhi Jayanti and paid homage to a great leader and visionary. The programme began with prayer song, one of the Gandhiji’s favourite “Vaishav Janto”, followed by prayer service where students with different religious background recited appropriate verses from their scriptures. Mariya of class VI welcomed the principal, Rev Fr Robert D’souza, Vice Principal Mrs Belita Mascarenhas and everyone gathered on the occasion. She highlighted the beliefs and ideals of Mahatma Gandhi. She concluded by saying, Gandhiji still lives in our hearts.

Patriotism was in the air as the students of class VI sang a song dedicating to Mahatma “Dedi hame aazadi bina khadg bina dhal, Sabarmathi ke sant tune kardiya kamal….  Today the students of Lourdes Central School relived the past as students from classes 2nd to 5th presented a glimpse of “Dandi March”, going around with slogan “Inqualabad Zindabad, these little Lourdites inspired each and everyone present.

The Pillar of strength of Lourdes Central School Rev. Fr. Robert D’Souza addressed the gathering and asked the students to imbibe the values propagated by Mahatma Gandhi- Disciple and Non- violence. He urged the students to be humble and not to hurt others by words or actions.

The programme was anchored by Vaishnavi Suresh of class VIII and the vote of thanks was delivered by Chandana of class VI. 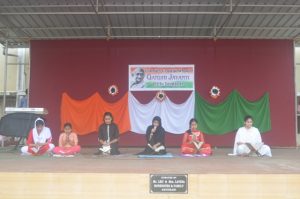 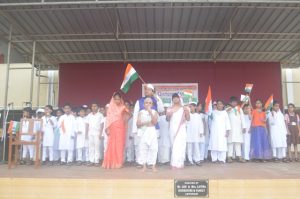 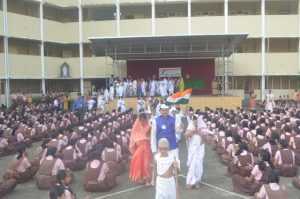 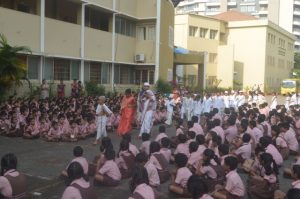 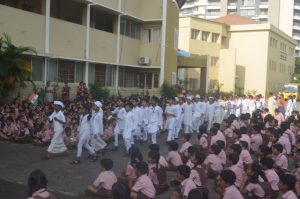 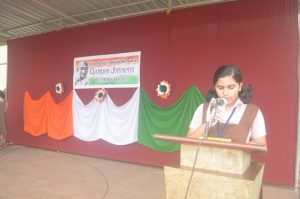 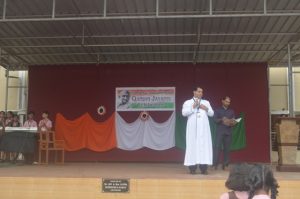 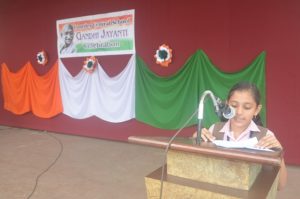