“Blessed are the peace keepers for they will be called children of God”– Mathew 5:9

LCS school bus carrying 160 students of class1V were escorted by the traffic police van to the Kadri police station. The enthusiastic students and the 4 LCS staff were welcomed by the station inspector Mr. Maruthi Naik and his whole team.  Later the police took turns to explain the duties of a police and how they help the community to fight crime. The students were taken to different departments     of the civil police station and traffic control station. They also got to view the cell in which the petty criminals       were kept for a day or two. Before seeing off, the traffic police also gave a live demonstration of how to control vehicles on the road with confidence. The students were also refreshed with a toffee as a gesture of appreciation by the police team. 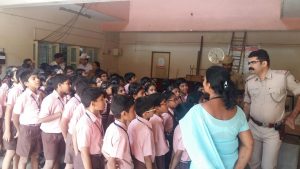 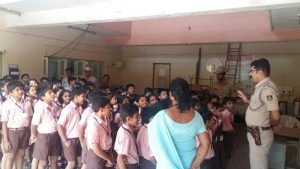 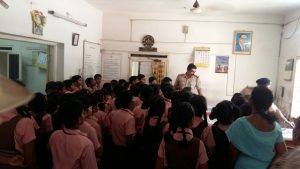 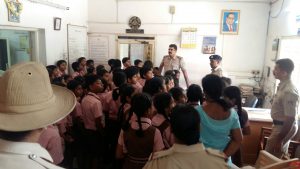 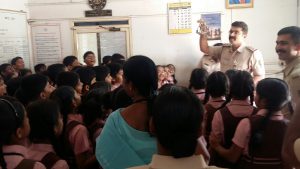 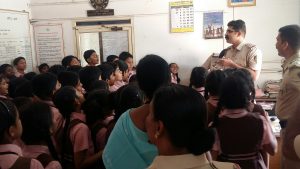 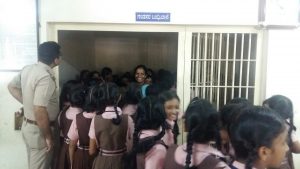 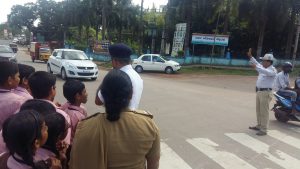