SHARING THE LIGHTER MOMENTS
Lourdes Central School had organized an excursion to Hyderabad for the students of class XI. 33 of us accompanied by 3 teachers started off from Mangalore at 3:15 pm on the 2nd of October. For the rest of the day, we kept travelling. We reached Hyderabad at 6:00 pm on 3rd October.
We stopped at Lumbini Gardens for the laser show. It was a wonderful display of colours. We were amazed to see how they used the water droplets as a screen by spraying them. After the laser show, at about 8:30pm we reached the hotel. We had a delicious dinner and went to sleep.
On the morning of 4th October we left for the Golconda Fort. It was a majestic sight to behold. The area of the fort was enormous. It was built in 1525 AD. We were told it took 62 years to build. It looked highly impenetrable, at least for the weapons of the 16th century. But, as our guide told us, Aurangzeb and his army laid siege on the fort which lasted for a period of 8 months culminating in the imprisonment of the king Alahuddin Qutub Shahi. One of the most amazing features of the fort is its resonating columns. The clap of a person hundreds of feet away can be heard in certain places. After the fort we were taken to the Salarjung Museum. The museum was named after the Nizam Salarjung who had collected the artwork in the museum. The artwork present in the museum was simply mesmerising. Then we had our lunch at the hotel and left for Snow World. At first the cold wasn’t too difficult to bear. Everyone was throwing snow at each other’s face. But after a while the cold started getting to us. In fact we were quite relieved to leave the place. After spending an hour at Snow World, we left for the Birla Temple. After spending some time there , we went to the Birla Planetarium. We were told about the possibility of existence of life on Mars. We wound up for the day and had a good night’s sleep.
The next morning we went to Ramoji Film City, the largest film city in the world built over 1,661 acres. We boarded a bus that transported us from the entrance to the centre of the film city. We were taken on a tour of the ‘city’ on another bus. We were taken to a few sets and also introduced to the art of filmmaking. We saw many birds which had been kept there for the tourists. We also had a lot of fun on the many rides there. At about 6:00pm it was time to start back.
We left Hyderabad behind and headed off to Mangalore. We have learnt many valuable lessons as well as interesting facts during this trip. We were congratulated for being disciplined. All-in-all the excursion was a great success. I would like to thank the management for encouraging us to go for this excursion. I would also like to thank Mr. Girish for organizing the excursion and Miss Violet D’Souza and Mrs. Sharmila Colaco for accompanying us on this excursion. ‘Seeing a place once is better than hearing about it a thousand times.’ After having been to Hyderabad I completely agree with this statement. 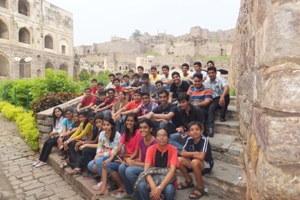 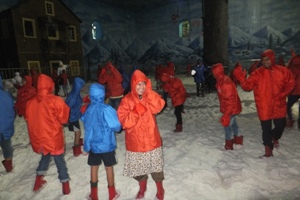 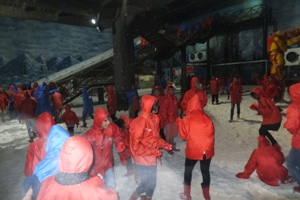 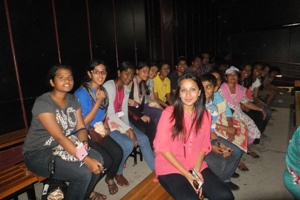 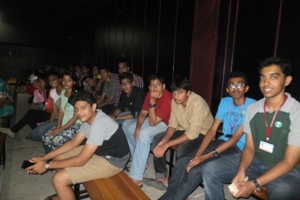