With an aim to unwind and refresh together, the staff of LCS indulged in a fun filled recreational experience at Goa. It was an enjoyable day for the mentors as they stepped out of their classrooms and entered into the world of fun and frolic.
The organization of the outing was done by Mr. Henry Mascarenhas, Mr. Girish and their team under the guidance of our beloved Principal Rev. Fr. Robert D’Souza.
With thumbing hearts we boarded the train and started our journey of hundred miles at 3.15p.m on 14th January 2016. The journey was an enjoyable one due to the exquisite scenery on the way to Goa and the songs, jokes, snacks and selfies which made the journey a befitting beginning to a fun filled outing.
It was around 11p.m we reached our resort where we showered and had dinner.
The next day was planned for sight seeing. Through the Eucharistic Celebration our Principal seeked God’s blessings on day’s programme. Soon after the breakfast we visited Aguada Fort followed by Calangute Beach of North Goa. After the lunch we proceeded to Panjim the capital of Goa where we did a little shopping.
The most awaited moment was reached as we stepped into the Coral Queen Cruise. We were all spell bound to see the traditional Goan dance performances. All the members of staff stomped their feet to the rhythm of Goan music.
On 16th January after the Eucharistic Celebration we checked out of the Resort and proceeded to South Goa where we visited the world famous Basilica of Bom Jesus where the Relics of St Francis Xavier are kept. Then we visited the Mangeshi Temple and had our lunch. Then we moved towards our final destination- the Madgaon Railway Station with heavy hearts as we had come to the end of our outing.
The outing ended on a high note with fun, laughter, enjoyment adding a new dimension to the interpersonal relationships.
A big thanks to our Manager, Principal and the organizing Committee for the arrangement of such a wonderful outing. We thank God Almighty for a safe and enjoyable outing. We hope to have another outing soon……….. 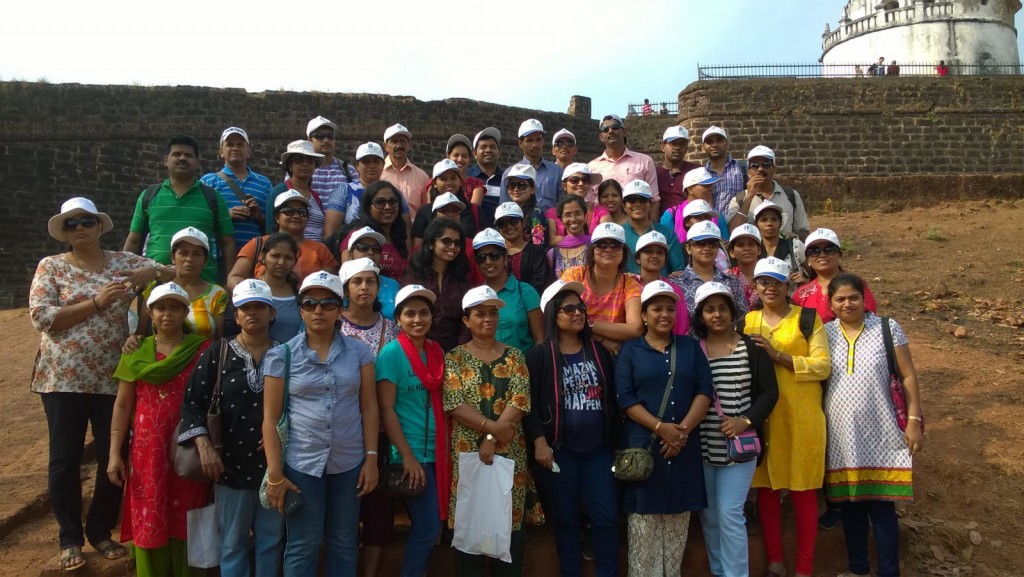 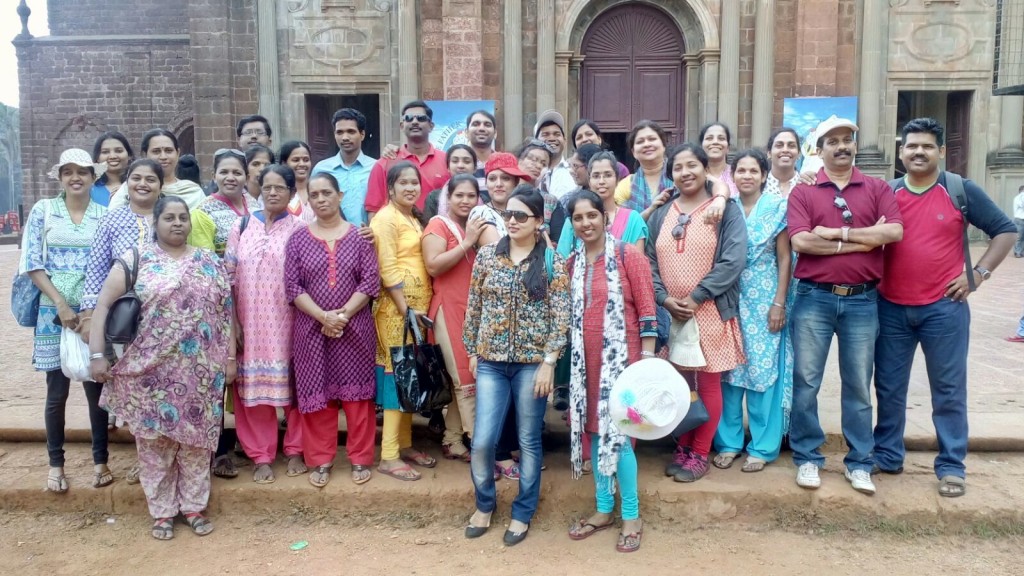