The inaugural ceremony of the tournament “Badminton Bedazzle-2019” was held at 9.00 am. The Chief Guest for the programme was Dr. U S Krishna Nayak, Principal, A B Shetty Dental College, Mangalore. Rev. Fr. Wilson L Vitus D’souza, Manager of LCS, presided over the ceremony.Rev. Fr. Robert D’souza, Principal of LCS, Ms. Belita Mascarenhas, Vice Principal of  LCS  and  Mr Stany Vas, Vice President of Bejai Parish and managing committee of LCS, were present on the dais. Mrs. Connie Saldanha, Mr. Sankara Subbu, PTEC Vice president among others, were present.

The programme commenced by invoking the blessings of the Almighty through a prayer song led by the LCS choir under the guidance of Mr. Ivan Mascarenhas. The Chief guest was introduced and revered with words of welcome by Ms. Belita Mascarenhas, Vice Principal of LCS. She heartily welcomed the dignitaries, players, team managers and the audience.

The Chief Guest, together with the dignitaries on the dais lighted the lamp and symbolically inaugurated the tournament.

The Chief Guest Dr Krishna Nayak motivated the aspiring sportsmen to develop a sense of value based play, highlighting healthy competition and moving forward towards the satisfaction of one’s heart, despite the outcome. He stressed the need to have an inspiration from the National Badminton and other sport players. He also said that a sport is important for the mental health of an individual.

The Manager Rev. Fr. Wilson Vitus L D’Souza welcomed the players with a cheerful smile and motivated them to give their best in the tournament. He also inspired the players to instil virtues of true sportsmanship, thus making their school and nation proud. A total of 38 boys and 29 girls teams participated in the tournament. The programme concluded with vote of thanks by Mr. Vishwanath Devadiga.

The Convenor of the tournament, Mr. Vishwanath Devadiga led the esteemed guests to the badminton court. The Chief Guest, along with other dignitaries played across the net and declared the tournament open. The Referees Mr. Gautham Shetty and the team of Torpedoes Club, Surathkal Mangalore. 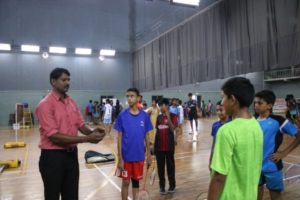 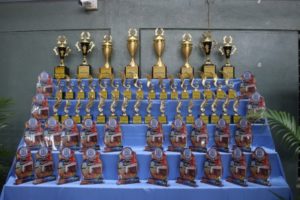 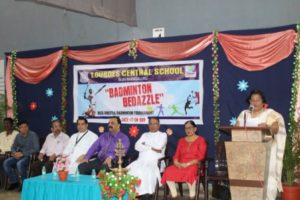 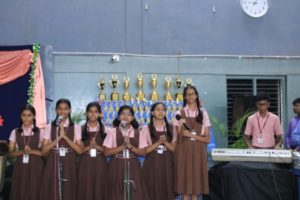 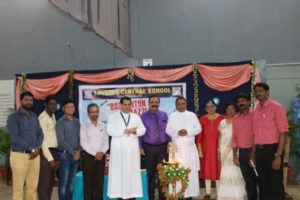 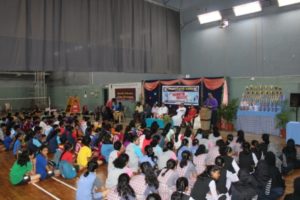 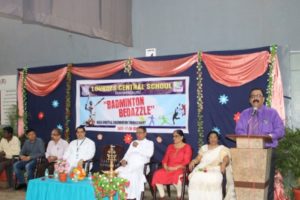 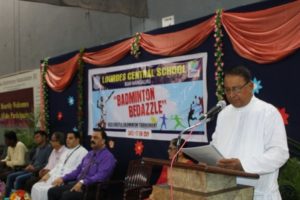 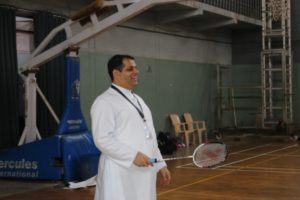 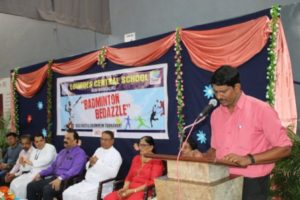