The Principal while addressing the gathering said that it’s because of the children that we are there and they are the purpose for all the activities that take place in the school. He compared the children to the ‘Angels of God’. He added that today’s children are tomorrow’s future.

Rev. Fr. Wilson L Vitus D’souza in his speech said that Nehru loved children the most and anything that he liked most was to spend time with little children and that this is a fact that the nation has witnessed. He also said that the country’s progress and development lies in the children as they become the future citizens and provide human Resource in the future. Hence they need to imbibe the values of discipline, cleanliness, honesty and innocence along with academic excellence.

The Head Girl Ms. Parvathy Menon the President of the day said that it’s a  a privilege and honour for every Lourdite and that she was grateful to the teachers for being a reason for the all round development of the students. She added that teachers are like candles who consume themselves to brighten the path of the students.

The cultural programme consisted of spectacular show in the form of a role play and melodious songs, breath-taking dance performances by teaching and  non-teaching staff .

The Principal conducted Mesmerizing various spot games which every lourdite enjoyed the most.

Ms. Lavina Castelino highlighted the significance of the day and Vriddhi Jain of class VIA spoke about Kanaka Dasa Jayanthi.

The programme ended with the vote of thanks proposed by Ms. Deepa D’souza. Kudos to the Principal for being instrumental and making the Children’s Day a memorable one. 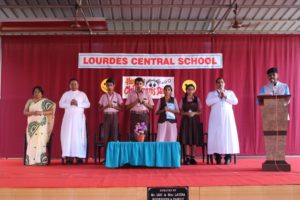 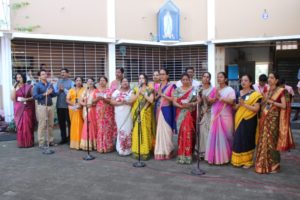 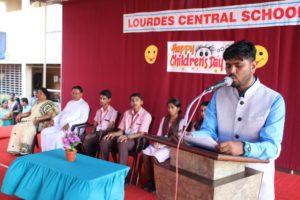 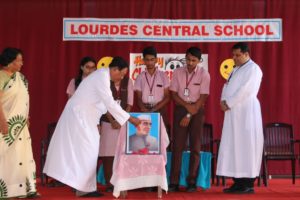 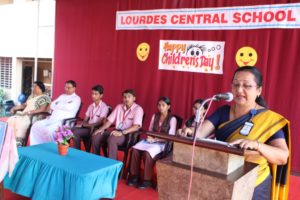 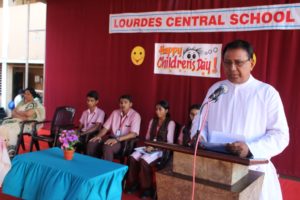 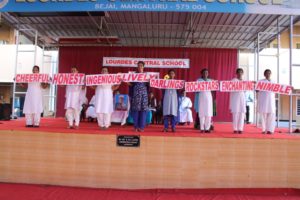 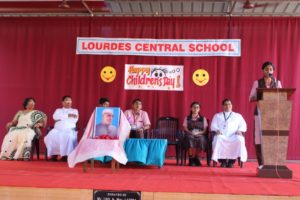 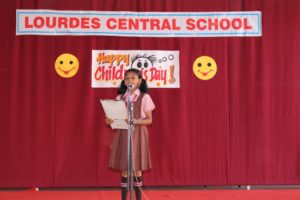 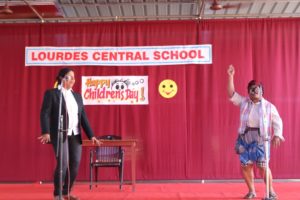 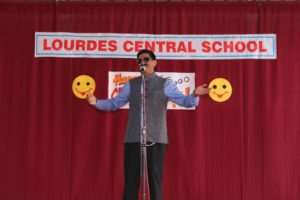 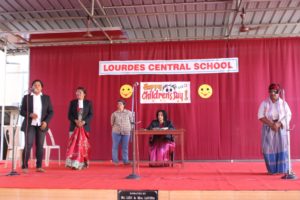 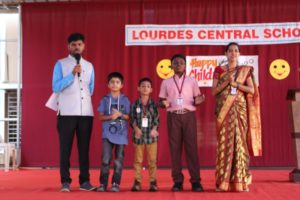 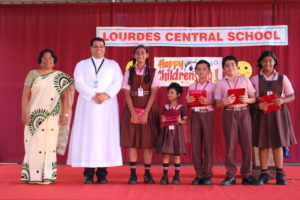