“In its openess to difference and diversity, in its acceptance and employment of intellectual traditions from around the world, in its commitment to social welfare and upliftment, the Indian Constitution mirrors that which is great about India itself.”

A special assembly was organised at Lourdes Central School on 26th November 2019 to celebrate Constitution Day. The programme began at 8.00 am by invoking God’s blessings by reciting the Universal Prayer followed by the prayer song. To enlighten the students, the thought for the day was given by Elishia of class VIIB. Raizel D’Silva of class VIIIA briefed about the importance of the day. The Lourdites of class X sang a song highlighting the Preamble of the Constitution.

The Principal Rev. Fr Robert D’Souza addressed the students and said that

as we celebrate Constitution Day, we are called to follow and live according to the Constitution and enjoy the rights given to us. He added that it is one of the best Constitutions in the world and said ‘Long Live Indian Constitution.’

The Preamble is indeed a way of life which recognises liberty, equality and fraternity as the principles of life and which cannot be divorced from each other. The students pledged their loyalty to the motherland with patriotism and pride in their hearts by reciting the Preamble Pledge led by Nilisha of class XII. The programme ended with the singing of the School Anthem. Ananya N of class XIA compered the programme. 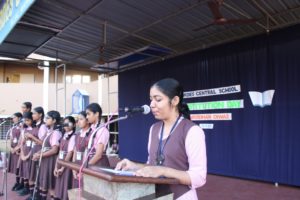 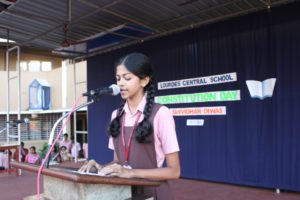 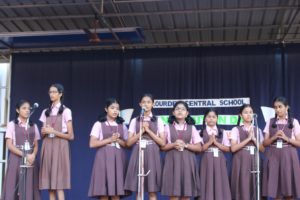 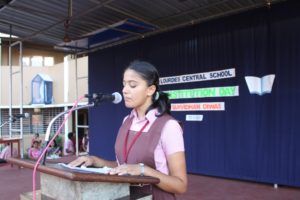 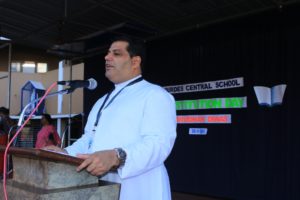 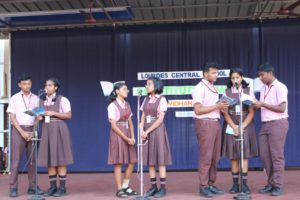 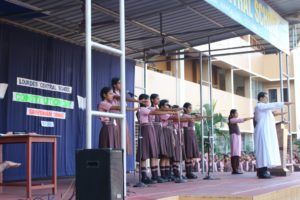